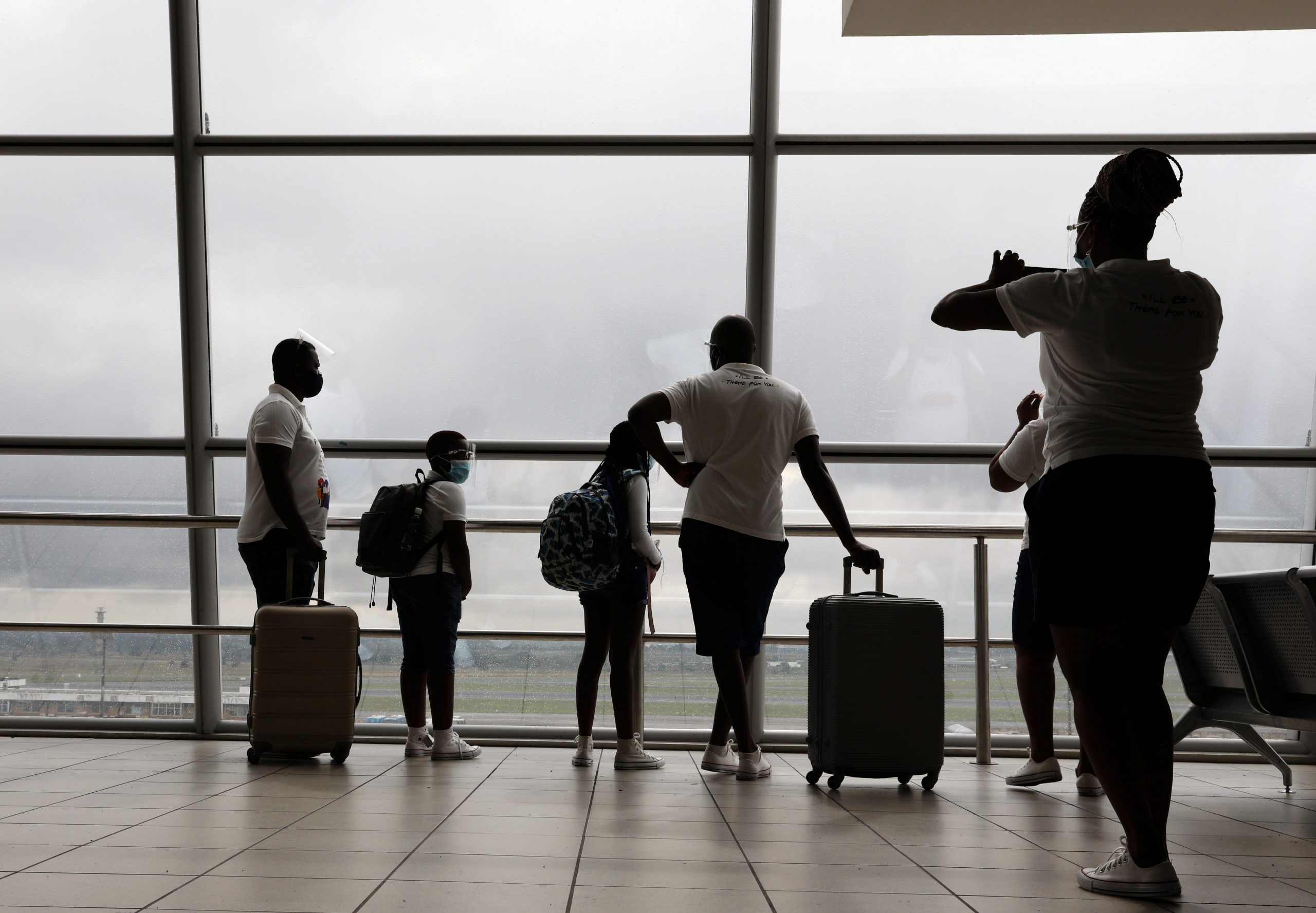 Talks aimed at reopening the Channel crossing are ongoing after France shut its border with the UK for 48 hours over concerns about a new variant of coronavirus spreading quickly in southeast England, with hopes that an agreement could be reached as soon as today.

Around 50 countries have so far banned arrivals from the UK in an attempt to stop the variant from taking hold, with countries such as South Africa and The Netherlands also targeted by travel restrictions after cases were reported there.

China announced on Tuesday it was closing its London Visa application centre in the wake of the worldwide bans. Meanwhile, the World Health Organisation gave its cautious backing to the flight bans, saying they were “prudent” but argued for key freight and passenger services to be maintained.

Where have talks got to on reopening the French border?

With queues of trucks snaking through Kent and supermarket shelves stripped just days before Christmas, Boris Johnson has scrambled to get French President Emmanuel Macron to lift a ban on freight from Britain.

Priti Patel, the home secretary, has said a deal to reopen the Channel crossing could come as soon as today.

“We speak to our colleagues in France constantly on a range of issues and that work has been underway over the last 24 hours and we’ll continue today,” she told Sky News. “We’ll see what materialises today.”

Asked if there would be an agreement on Tuesday, Ms Patel said: “We’re working to get a resolution. It’s in both our interests to ensure that we have flow.”

One possible solution could be mass testing of HGV drivers. But with wait times for test results of around 24-48 hours, there is no guarantee that would quickly clear the backlog, even if it did form part of the arrangement.

With flight bans upending travel plans across Europe, now might not be the best time to advertise a “home for Christmas” ticket sale.

But that hasn’t stopped Ryanair from offering seats across its vast network for just €19.95 under the tagline “lockdown lifted”.

Hungary’s government banned air passenger planes from Britain from landing in Hungary until 8 February to limit the spread of the coronavirus pandemic, the government said in a decree published late on Monday in its official gazette.

The flight ban is one of the longest implemented globally, with most countries opting for a shorter time limit as they assess the potential threat posed by the new variant of Covid-19.

The decree, signed by Prime Minister Viktor Orban, extends to regular and charter flights but does not include emergency landings, which are permitted.

Travel restrictions from Great Britain to Ireland will remain in place for the rest of the year, the Irish government has decided, Simon Calder reports.

Along with many other European Union nations, the republic originally brought in a 48-hour travel ban.

The prohibition has now been extended up to and including 31 December 2020.

Irish citizens who have been on short breaks to Great Britain or who are transiting UK airports are being provided with travel options – including government-provided flights and access to ferries.

China is suspending operations of its Visa Application Service Centre in London from 22 December in response to the new Covid-19 variant, the Chinese embassy in Britain said on Tuesday.

Grant Shapps has for the second day running told lorry drivers to avoid Kent as hundreds of trucks remain stranded.

In a tweet the transport secretary said hauliers risked getting “stuck for longer” if they attempted to reach France from the south coast of England, where Channel crossings for drivers have been suspended.

People living in Sweden and Denmark are unable to hop over the bridge linking Malmo and Copenhagen after officials in Stockholm banned travel to its neighbour over Covid fears.

The measure, which came into force at midnight on Monday, means everyone traveling from the UK or Denmark will be expelled if they try to enter Sweden.

Some exceptions exist, including for the movement of goods as well as Swedes and people who live or work in Sweden.

Singapore Airlines has said customers with bookings for flights departing from the UK from tomorrow, 23 December, will be affected by new rules banning entry, with some exceptions.

Affected passengers will be notified of their travel options and may retain the value of their ticket as flight credits, rebook or seek a refund.

Ryanair is in talks with the Irish government about operating a “rescue flight” to help stranded people return from the UK.

Seats will cost €95 one way and anyone who is interested is being urged to contact the Irish Department of Foreign Affairs.

Private jets are being sought in increasing numbers to meet demand from the super-rich to travel this Christmas as travel bans ground planes around the world.

Mark Briffa, chief executive of private aviation business Air Partner, said there have been a “growing number of enquiries” from travellers in recent days.

He said bookings included private jets for individuals and families, as well as businesses wanting to charter larger aircraft to fly employees home for Christmas.

Mr Briffa added: “Businesses such as those in the pharmaceutical and oil and gas sectors have been in touch to fly groups of employees home in as little as 24 hours.

“Ultimately, this is a continuation of the trend we have seen throughout 2020 of many people turning to us to enable them to travel in a reliable and safe manner in these disrupted and uncertain times.”