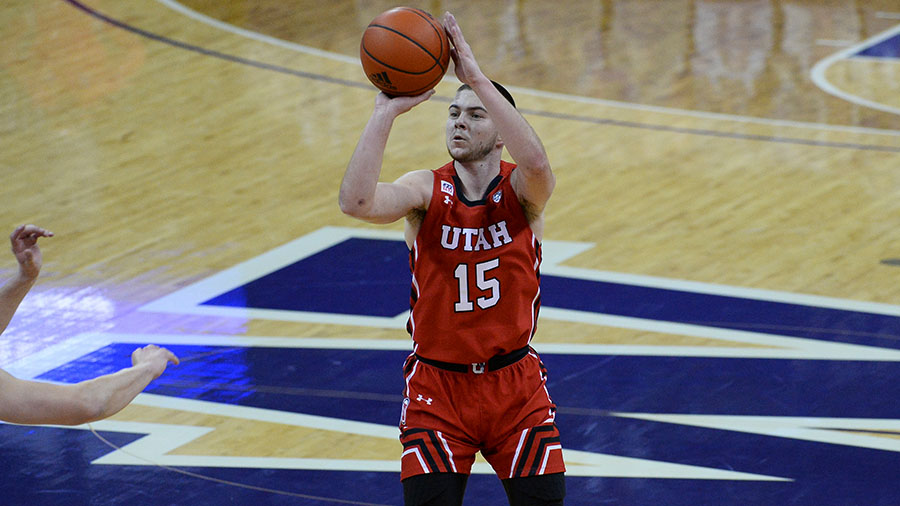 Utah basketball is scheduled to face Colorado in Boulder on Saturday, January 30 before taking talented teams in the month of February.

After the Colorado game, the Utes will stay on the road and head to Tempe to face Arizona State on Tuesday, February 2 at 2 p.m. MST on the Pac-12 Networks. That game is made up from the originally scheduled contest on December 22 but was postponed due to COVID-19 related issues with the Runnin’ Utes program.

Utah will then return to the Jon M. Huntsman Center on Thursday, February 4 to face Arizona at 5 p.m. MST on FS1. Then it’s a rematch with ASU, this time in Salt Lake City on Sunday, February 7 at 12 p.m. MST on the Pac-12 Networks.

It will be the first time that the Utes will play both Arizona schools this season. They have already played the Northern California schools two weeks ago at the Huntsman Center. Utah beat Stanford, 79-65 on January 14 and lost to Cal, 72-63 on Saturday, January 16.

After that stretch, Utah will have five games remaining in the regular season. They will travel to Oregon State on Thursday, February 18 and Oregon on Saturday, February 20. Then they will host the Beavers on February 22 in their makeup game. Oregon State couldn’t come to SLC on January 9 due to COVID-19 issues within their program. That game will tip-off at 5 p.m. MST on ESPN2.

Then they will end their regular season at home against UCLA on Thursday, February 25 and USC on Saturday, February 27. Out of those remaining five games, only the Oregon State game at home has a tip-off time.

The Runnin’ Utes are coming off of a disappointing loss to Washington on Sunday, 83-79 after the Huskies ended the game on a 7-0 run.

Trevor Allen is a Utah Utes Insider for KSLSports.com and host of the Crimson Corner podcast. Follow him on Twitter: @TrevorASports. You can download and listen to the podcast, here.