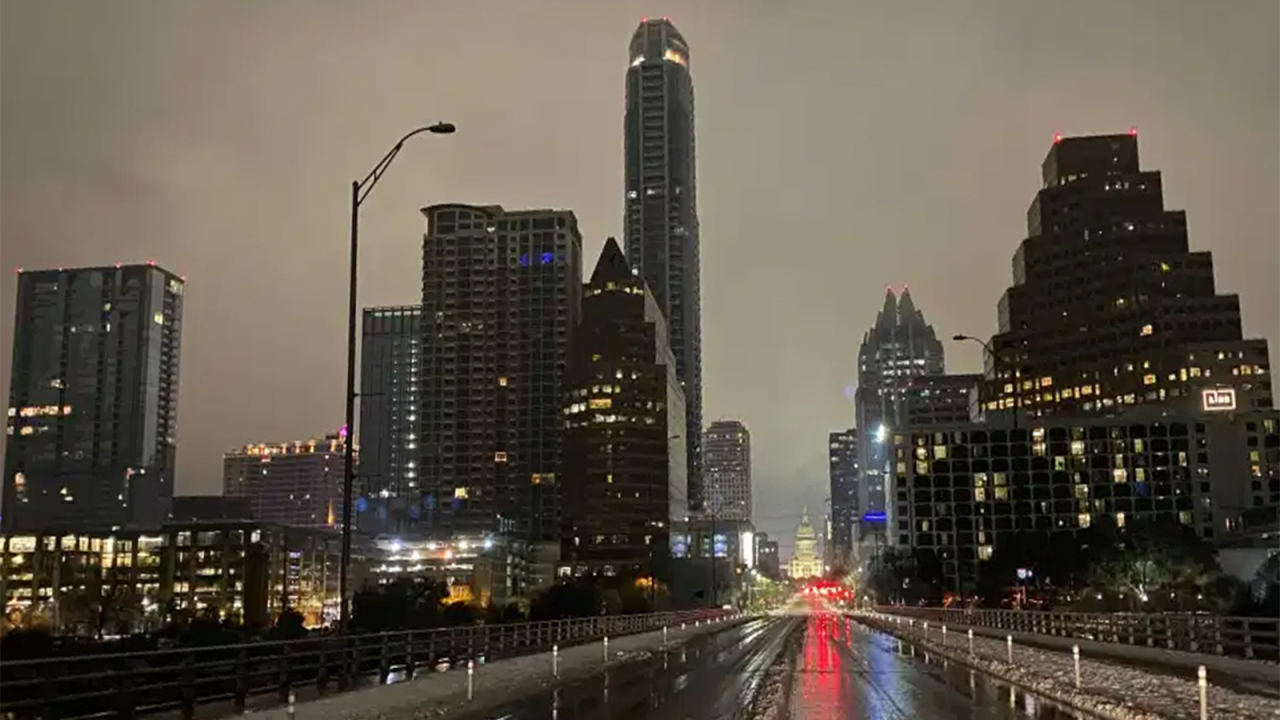 AUSTIN (KXAN) — While power is starting to come back for some folks, there are still hundreds of thousands of people in Central Texas and another batch of freezing rain swept across the area overnight, re-freezing already treacherous roadways.

A Winter Storm Warning issued by the National Weather Service in the Austin metro area is in place from 6 p.m. Tuesday to 6 p.m. Thursday due to another round of potential freezing rain and snow accumulation on the way. Originally, the warning was set to expire Thursday morning, but the NWS has since extended it.

Viewer Michael Gully-Santiago sent in this video of what appears to be an electrical flash, possibly a transformer going out, near his home on Woodrow Avenue in central Austin. He said he was looking west toward Burnet Road when he caught the flash.

According to the Austin Energy outage map, that area of central Austin is experiencing an outage.

The Texas Department of Transportation urged drivers to stay off the road Tuesday morning via Twitter as freezing rain makes roads slick on top of already poor conditions.

TxDOT says crews are trying to keep roads passable for first responders, essential workers and people with critical needs. If you have to travel, TxDOT says to do it slowly.

KXAN put together this tip sheet on how to drive on icy roads if you must. The main thing is to take it slow and be patient.

Current outages and whether outages are trending higher or lower:

If you’re trying to view the Pedernales outage map, you will see that they say it is currently “unavailable” and that they are making updates. They tell people to check social media pages. Their last post was at 10:05 p.m. on Facebook.

Austin-Bergstrom International Airport says they will resume flights at 1 p.m. Wednesday, weather permitting. If they change their plans, we will let you know.

If you have a flight in or out of AUS after 1 p.m., contract the airline you booked with and check the status of your flight with them.

The Cedar Park Police Department is dealing with the same phone line issues as Tuesday night, which is affecting its 911 line, according to a tweet.

CPPD says all 911 calls are being routed to Williamson County and then directed back to Cedar Park.

As the energy crisis continues throughout the state and millions are without power, the Downtown Austin Alliance asked owners and operators of the largest downtown buildings and construction sites to turn off unnecessary lighting and equipment Tuesday to conserve energy.

The Hays County Office of Emergency Services has an update for its COVID-19 vaccine schedule.

Serious amount of water at the IMT at the Domain apartments in north Austin. A viewer sent this to KXAN Tuesday night, saying that residents have been waiting outside since before 9 p.m. due of the issue.