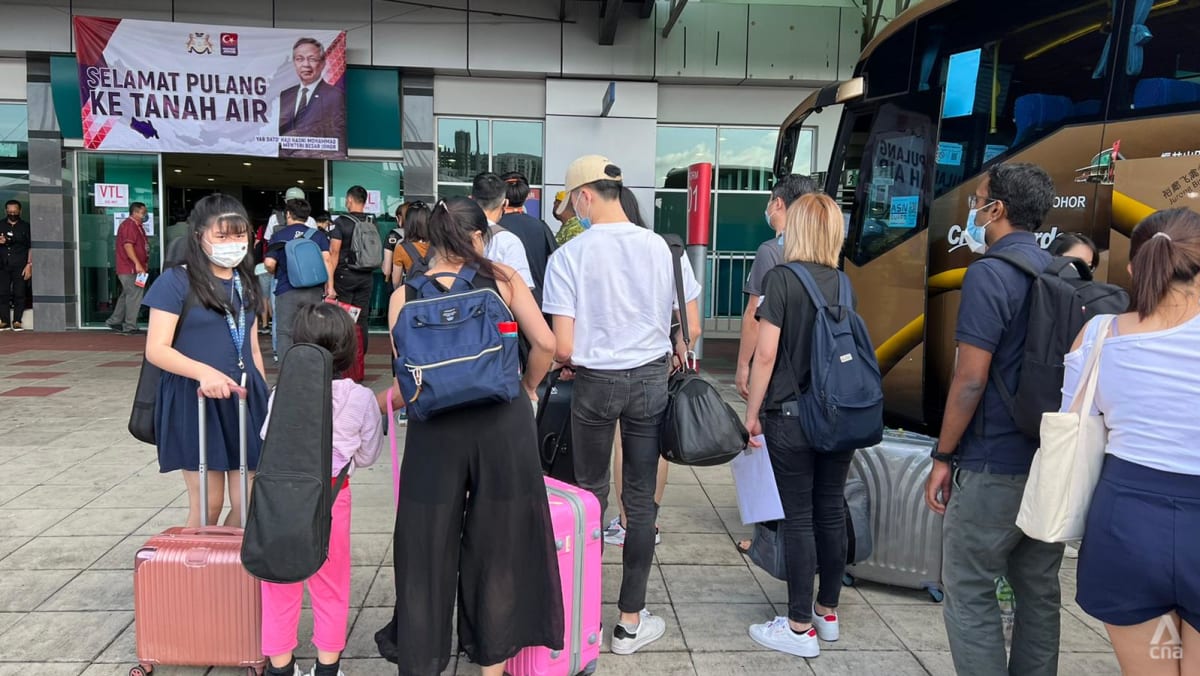 As we crossed the empty Causeway, the skyline of Johor Bahru came into view along with a large “welcome home” sign and familiar sights such as City Square shopping mall.

We then disembarked at Bangunan Sultan Iskandar for our final immigration checks – this was when teething issues surfaced.

After grabbing our luggage, we were clustered around the foot of two escalators which had yet to be turned on, while cleaners swept the bus platform. Amid the confusion, several travellers started taking the stairs and making a detour for the lift, only for all of us to be eventually shepherded back into a group.

After some waiting, the Malaysian immigration officers performed a headcount by reading out our names from the passenger manifest, before allowing us to take the now functional escalator to the arrival hall.

The immigration hall was clearly split into VTL and non-VTL zones. Passport checks were relatively uneventful, although Malaysian citizens who are also Singapore permanent residents were asked to show their Singapore identification cards. I thankfully had mine on hand but another person had to double back to collect it from his travel partner.

The immigration officer asked for my passport and also looked at hard copies of my bus ticket, ART results and vaccination certificate. I also flashed my MySejahtera app for good measure.

Although soft copies of documents are permitted, the journey seems to be smoother if you have hardcopies on hand. Another plus – it minimises having to hand your mobile phone to others.

After this was baggage check, where those with “large bags” were stopped. I unzipped my oversized duffel and was let through quickly after I explained what I had packed. To my right, a man was held up after the Customs officer unearthed a few boxes of what looked like children’s toys. The officer then informed the man that he may have to pay a tax on the items. Another tip – keep receipts for any gifts handy.

The escalator leading back down to the bus bay was not working, leaving us to slowly descend with our heavy bags. One more tip – wear good shoes.