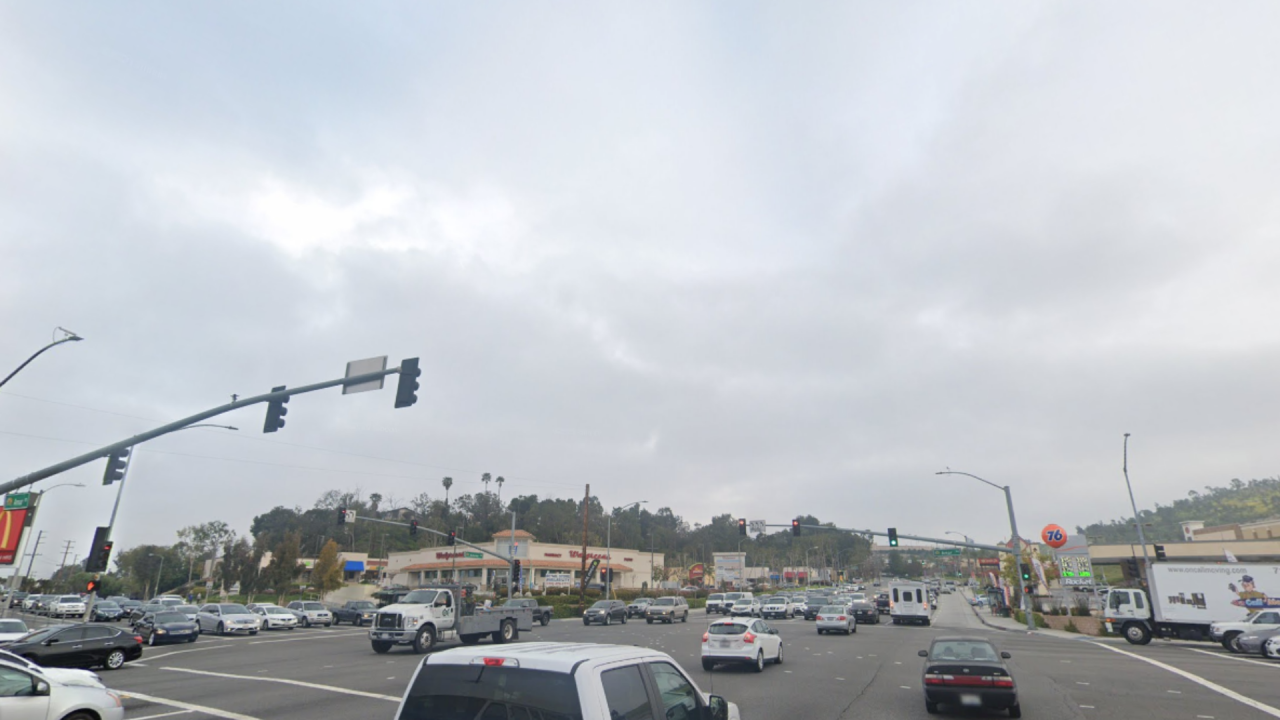 A woman is in critical condition Sunday after an apparent car-to-car shooting near a major intersection in West Covina the night before.

West Covina police said they received a call about a shooting in the area of Azusa Avenue and Amar Road — where a gas station, a Walgreens and other retail businesses are located — at around 10:16 p.m. Saturday.

Officers responded to the scene and found a 29-year-old woman with a gunshot wound, according to the Police Department. She was taken to a hospital, where she remains in critical condition, authorities said Sunday.

An early investigation found that the victim was traveling inside a car when gunfire came from another vehicle, police said.

Authorities did not identify the victim and provided no further details about the shooting.

Detectives asked anyone with information to call the department’s tip line at 626-939-8688.