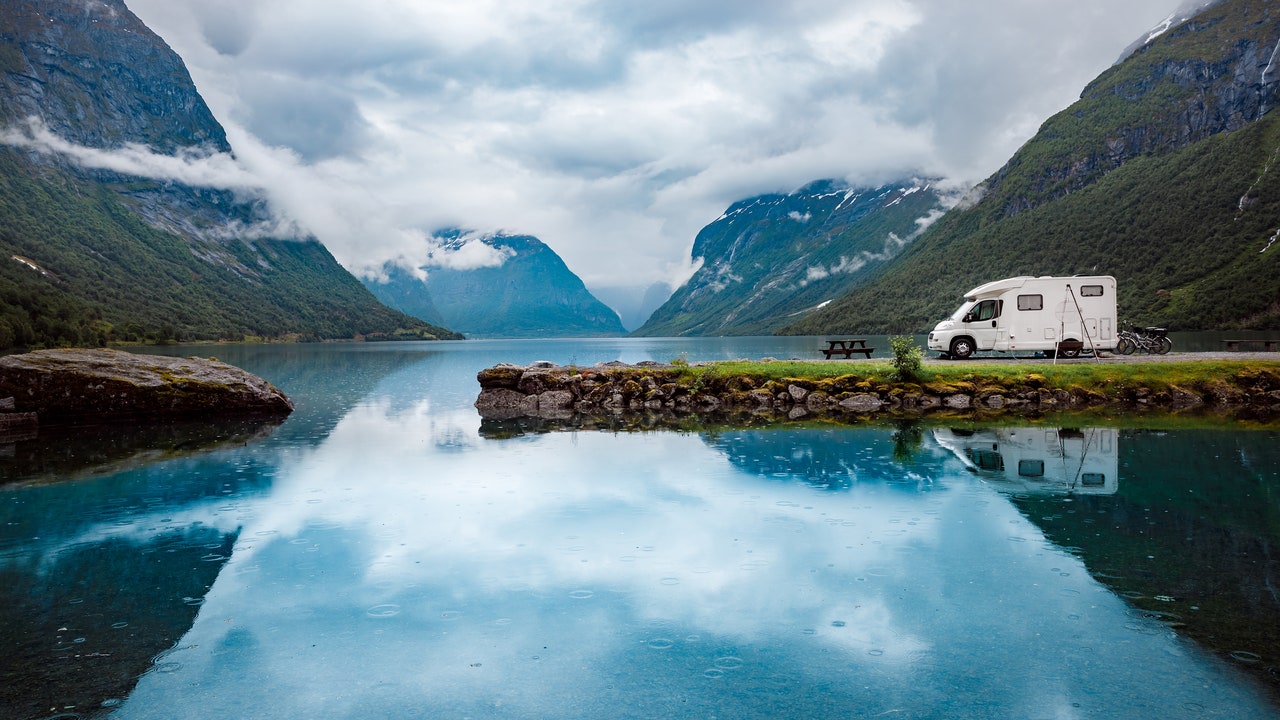 Erin McGrady: Thanks for having me.

Noami Grevemberg: Thank you so much for having me on.

MC: So to just set a baseline for everyone, about how much you both know, what got you into traveling and living in vans in the first place?

EM: My story starts with a romance. I’d been doing a solo adventure trip, and I had driven my car to Asheville, North Carolina, just on a whim. And I started swiping through a dating app and I matched up with my soon-to-be wife, partner, but we actually didn’t meet in real life that evening after matching, we didn’t meet until three months later, we just wrote long love letters back and forth to one another over the winter. And then we finally brought it into real time and then life just really took off from there. We both just quit our jobs. I was a teacher, she had a donut shop here in Asheville, and we decided we were just going to go for broke and travel. We bought an RV and the rest is kind of history.

MC: And Noami, how about you?

NG: Yeah, mine is a little bit of a romance as well. I actually love that story Erin. My husband, Dustin and I were living in New Orleans. We both had our full-time, nine-to-five corporate jobs. I was an environmental biologist and he worked in construction management and we were there just living our nine-to-five gigs and it just started getting really redundant and we started questioning ourselves, is this what we were going to do for the rest of our lives? Are we just going to work nine-to-five careers, come home, party, drink and repeat. And we started to take a step back and reevaluate our life’s trajectory. But when we met, it was probably five years prior to that on the day we met on an LSU football tailgate, I shared with him my dream of traveling the country in a van and visiting all the national parks and exploring America the beautiful, and he shared a similar feeling that he always wanted to do that.

So we decided at the same time to dig up an old dream of traveling the country in a van. And three months later, we were on the road in our van traveling. We kind of jumped head first into the idea because we knew we were going to talk ourselves out of it. I don’t recommend it to anyone, because I’m a headfirst-in kind of person, but it’s the best decision we ever made. And five years later here we are. It was supposed to be a one-year journey from New Orleans to Alaska and back.

MC: You’ve got a lot more places, I’m sure, than just along that original route.

NG: I mean six months in we were like, “Ah, I don’t think we want to stop doing this.”

LA: It must’ve felt quite scary to take that leap and quit your jobs. Were there any moments where either of you got cold feet or sort of took a beat and was like, “What are we doing right now? Is this totally irresponsible?”

NG: Well, all our friends were telling us that. All our family members were like, “This is pretty out there, guys.” And we’re like, “Yeah, it’s a radical shift.” Honestly, we did. All the noise of everyone else’s opinions and suggestions about what we’re doing with our lives affected the decision. But we decided to put the blinders on and just stay focused because deep down inside, it was a calling, we had a calling and we had to see it through, we both felt the same way. So we looked at each other, the morning after we decided to do it and we’re like, “Well, are we doing this? Yeah, we’re doing this. Okay. Let’s go.” So it was hard, but I’m glad we did it.