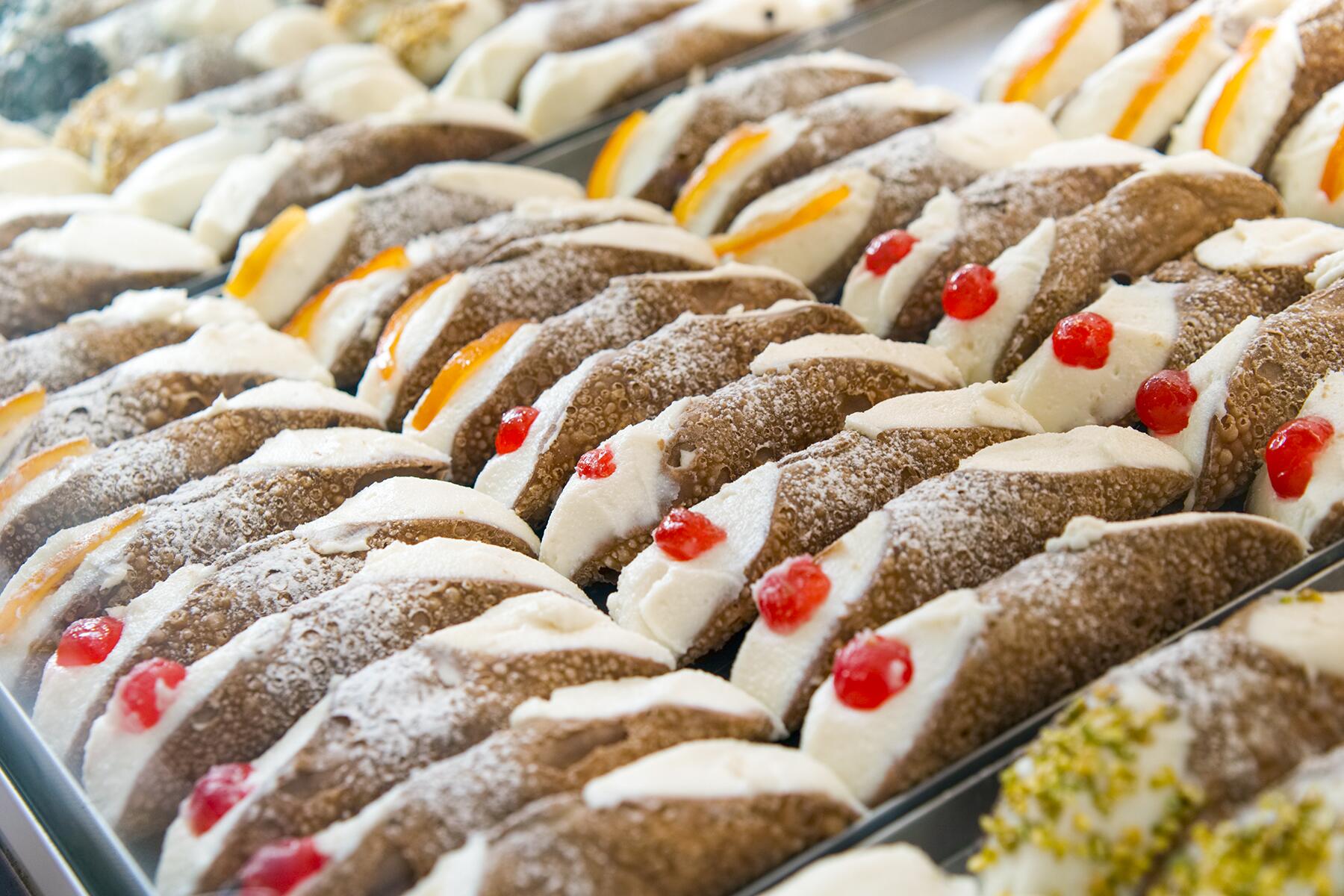 The story behind the war of the best cannoli.

Most of you have probably tasted a Sicilian cannolo, that mouthwatering, tube-like pastry filled with ricotta cheese mixed with candied fruit and chocolate bits, with a fried crispy shell. But, as you look back on that dining experience, you might think to yourself: Was it the real thing? Chances are, it wasn’t.

No matter how yummy, the only place in the world boasting the original version is the cannolo’s homeland, Sicily.  This region has been dubbed Italy’s “sweet tooth kingdom” and the cannolo is worshipped as the king. Sicilians are dead serious about their pastries. It’s a cultural issue, a matter of territorial identity. In every village (or fraction of every village, really) is a single pastry shop proud to make its very own type of cannolo with a few signature variations, claiming it’s the best one around. Pastry boutiques can get really worked up if you happen to buy cannoli not at their place but at the rival bar just a few steps away. It’s like with pizza in Naples and spaghetti all’amatriciana in Rome—all eateries and pizzerias claim to make the best of the best. While it might sound tame as far as rivalries go, the cannolo war can get nasty.

A Sicilian historian explained why Sicilians make the best pastries: in a land full of violence, crime, and mafia, locals just had to come up with something sugary and pleasant.

Two hamlets are fighting over who makes the most delicious cannolo in Sicily, hence, the best in the world. Sweet tooth addicts, judges, gourmands, and tourists are fueling the rivalry, making it a big deal by driving across the region to taste the different varieties. Over the last few years, even though regional competitions are regularly held to award leading pastry makers, these locations have gained popularity and are in the spotlight. Both are must-visit destinations, even if a bit quaint.

Continue Reading Article After Our Video

One is Piana degli Albanesi, a town rising on the green pristine hills surrounding Sicily’s capital, Palermo. Locals here speak an unusual dialect, even more twisted than Sicilian itself, that has an Albanian-sounding tone and is called arbereshe. The village name in Italian means “the plane of the Albanians.” It’s an intriguing, picturesque place where foreigners might feel a bit confused: road signs are written in both Italian and arbereshe, for instance.

During the Renaissance, a tribe of Greek-Albanians fleeing from the Turkish empire crossed the sea and found shelter here near the banks of a lake, amid grazing sheep and fresh, oxygen-rich air. Town folks are as proud of their origins as of their cannolo. Families from Palermo drive up here each weekend to fetch trays full of cannoli for post-mass lunches on Sundays.

Up until a few years ago, the Cannolo Festival lured thousands of sweet-toothed visitors who’d chow down on handfuls of ricotta-stuffed tubes. There was even a cannolo eating marathon to see who had the guts—or rather, the appropriate blood sugar level—to devour the most. A huge, authentic cannolo was prepared and showcased on the village piazza, so big it could hardly fit inside a room.

First of all, the super fresh, zero food-miles sheep ricotta cheese comes straight from the pastures each morning through the hands of artisan dairymen. It’s an excellence of the bucolic, rural tradition. The territory, fertile and green, gives great nourishment to the sheep that produce premium milk.

Again, each pastry shop in town has its own recipe but, generally speaking, in Piana degli Albanesi the ricotta is the more traditional one, sifted and sexed up with a bit of extra sugar into a sort of creamy, velvety filling so the pastry ends up being very much on the sweet side. Candied fruits and chocolate crumbs are also added. Extra Bar, one of the town’s historical pastry boutiques run by the Petta family, also makes a “rough” ricotta with a slightly grainy texture and some honey. The gold-colored shell dough, shaped like a flattish tube, is exclusively handmade according to a top-secret, ancient family recipe. And size matters—at Extra Bar, it’s 18 centimeters long with 200 grams of heavenly delight.

If that seems like a big cannolo to gulp down, wait until you try the one made at a rival establishment, located on the western tip of Sicily.

Dattilo is an offbeat, unknown, and arguably unremarkable hamlet near the main city of Trapani. It’s just a bunch of white low-cut houses and dusty, flat streets—one of those places you’d never even dream of stopping by if it weren’t for one single thing: Sicily’s largest cannolo, made at a tiny pastry shop called Euro Bar.

The shell dough is 23 centimeters long and doesn’t fit on a normal plate. It’s got a darkish-brown, super crunchy thick shell that’s covered with huge, popped bubbles that resemble tiny volcanos. The ends are crazily flared like a horn, clogged up with ricotta.

Now I may be biased, but that’s how I like my cannolo: when my teeth bite into it, the shell cracks open and the delicious ricotta oozes out, flooding my mouth. Because, in my view, this kind of ricotta is top-notch. There’s no added sugar, it has a pleasant, salty edge, and is so granular and dense that you can feel tiny hard bits of it moving between your teeth. It isn’t liquid nor creamy. It sticks to the palate until it melts. And that’s when you melt, too.

Cannolo is a religion, not a dessert. Sicilians often have one or two cannoli for lunch—it’s something they just can’t live without.

Purists love their cannolo “straight,” or gritty ricotta with a crispy shell that’s not excessively sweet. If there’s too much sugar, it drowns the flavor. I like to stick candied orange peels inside each end.

“Clients are happy and tell their friends about us,” says Euro Bar owner Michele Mazzara. That’s our promotion strategy. Many holidayers landing at Trapani’s harbor from the Egadi islands stop by just to pick up a tray of our cannoli. Often before they disembark from the ferry boats, they ask the captain where to find the best cannoli and he names us. We’re like a highlight.”

The first time I heard about Dattilo’s was during a weekend on spellbinding Levanzo isle, the tiniest of the Egadi archipelago. I was hell-bent on taking back home a tray of Sicilian cannoli, so when I asked locals where I could find my favorite type, I was told to go to Euro Bar. Tourists visiting Dattilo’s nearby stunning salt pans lagoon dotted with ancient windmills rising out of pinkish-purple water also stop by for the sweet treats. 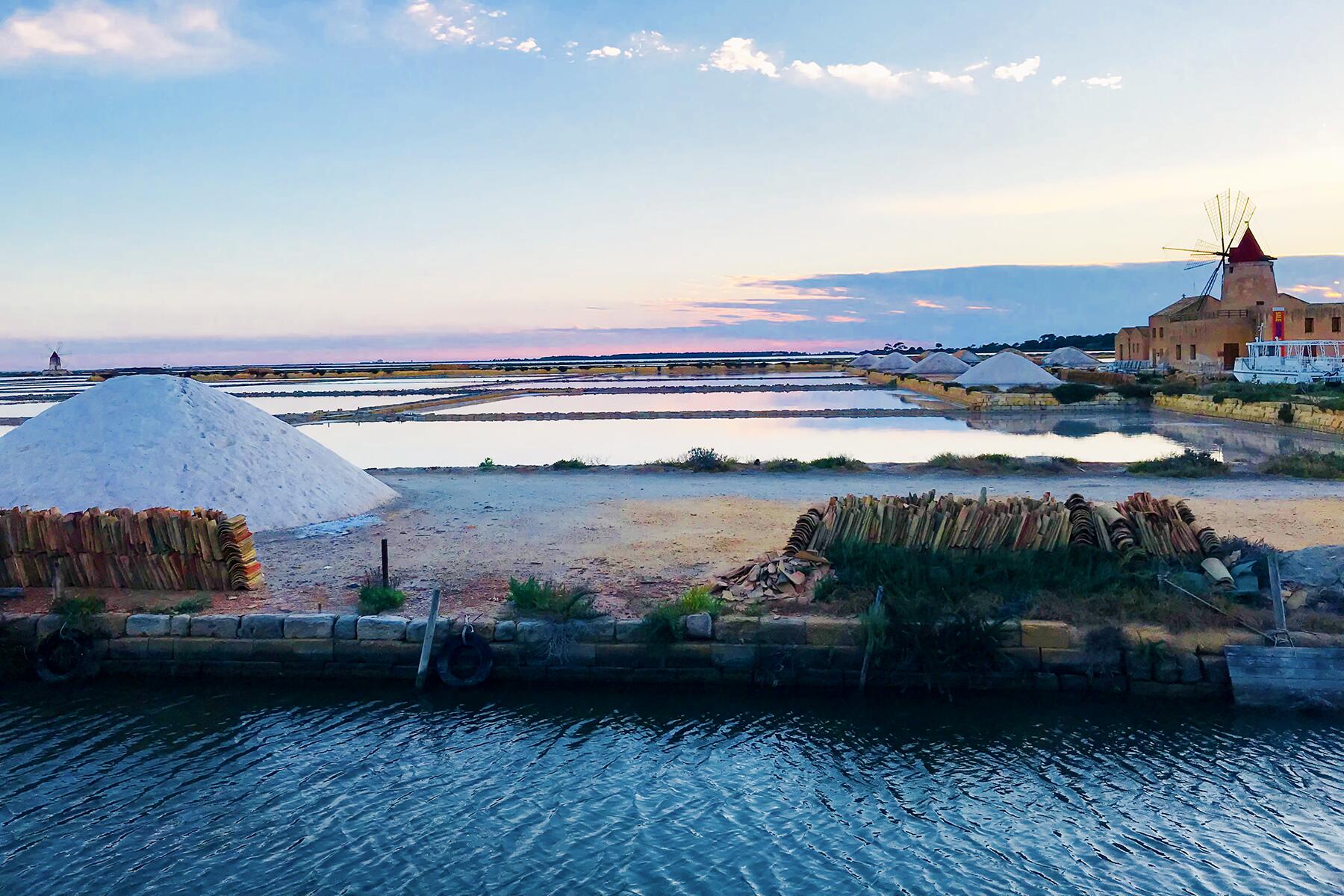 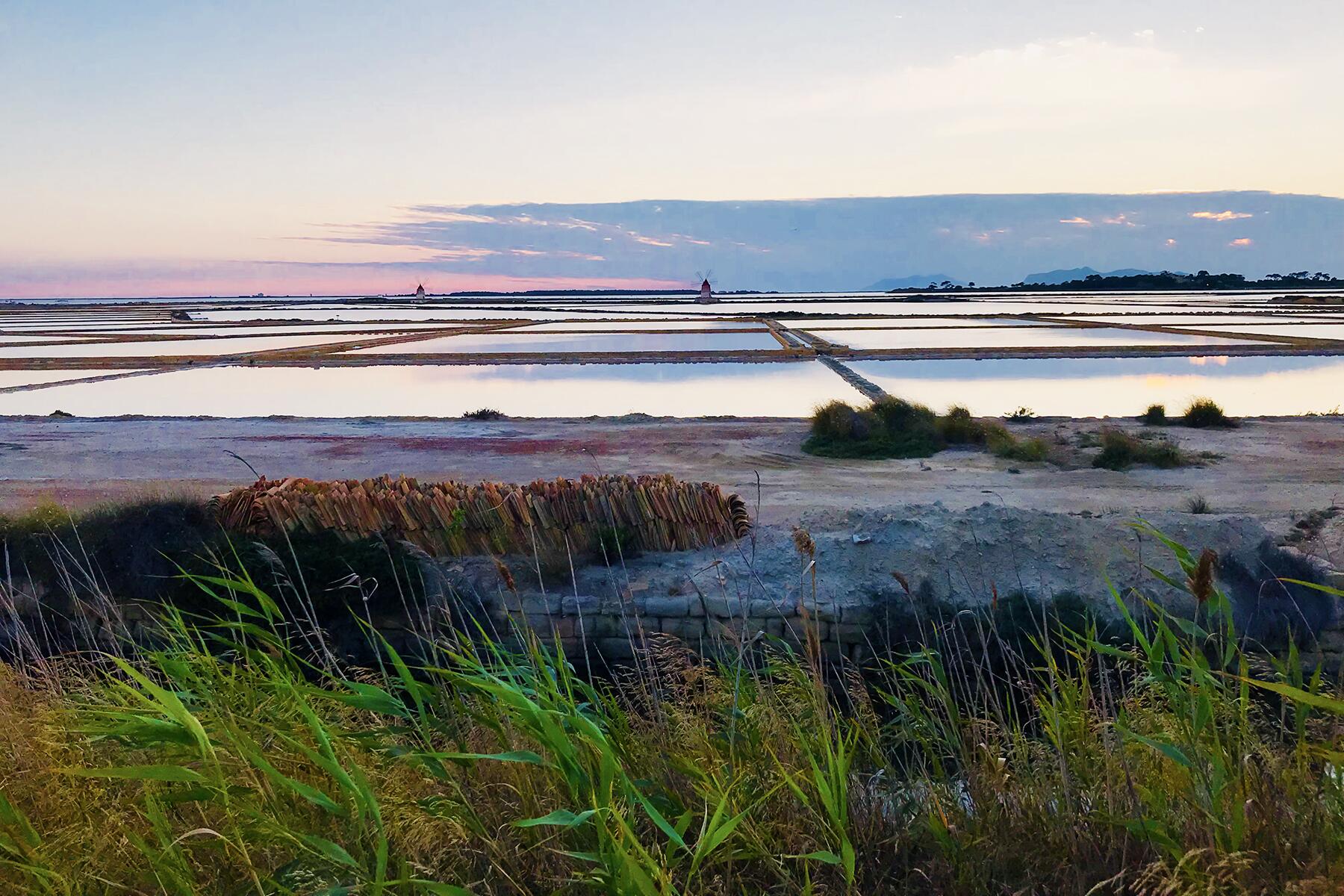 INSIDER TIPMazzara’s pastries have become so popular that people wanted to order online, so he launched a tailored morning delivery service for fresh cannoli which were shipped each day across Italy. Then COVID-19 broke out and, for the time being, the sweet tooth(s) not living near Dattilo has had to wait.

When I think of cannolo, I start drooling. I can’t help it. Even though I live in Rome, I refuse to buy cannolos here because I wouldn’t be indulging in the authentic thing. It’s like eating spaghetti alla Carbonara in Turin or buffalo mozzarella in Alto Adige.

Cannolo is a religion, not a dessert. Sicilians often have one or two cannoli for lunch—it’s something they just can’t live without.

A Sicilian lady once told me that she could forsake dinner but couldn’t go to bed without having something sweet; she’d feel sad. A Sicilian historian explained why Sicilians make the best pastries: in a land full of violence, crime, and mafia, locals just had to come up with something sugary and pleasant.

So I guess in the cannolo battle, every village and pastry boutique wins. They’re all yummy. It’s just a matter of personal tastes, whether you’re more obsessed with the kind of ricotta, size, or shell (or all three). The only sacred rule is the shell must be filled with ricotta then and there, last-minute—otherwise it gets soaked and is no longer crispy. It would be a sacrilege savoring a ready-to-eat cannolo. That’s a no no.