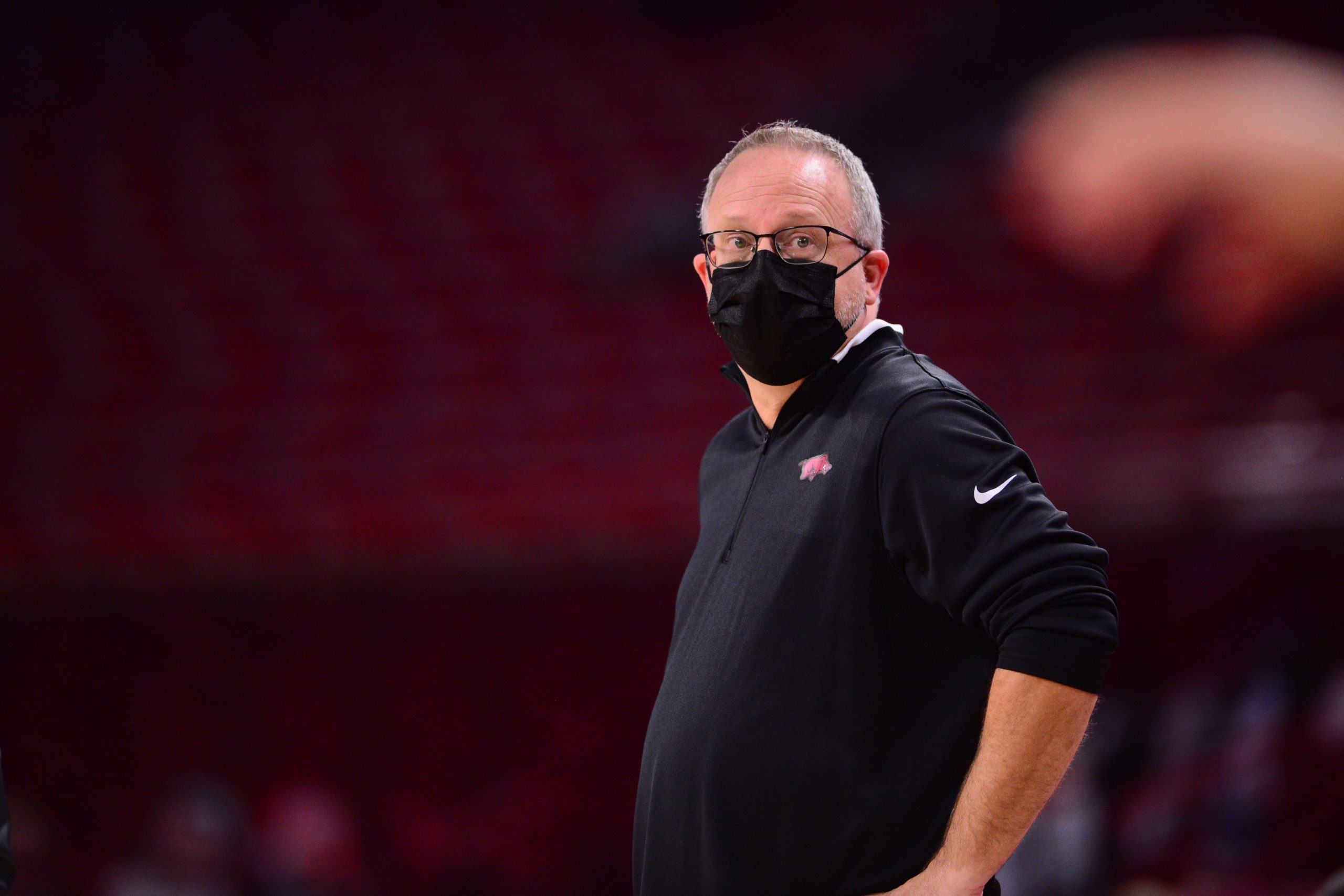 FAYETTEVILLE — University of Arkansas women’s basketball coach Mike Neighbors said it could be a game-time decision whether senior Amber Ramirez will be available tonight when No. 17 Arkansas plays host to Florida in Bud Walton Arena.

The Razorbacks (10-4, 1-3 Southeastern Conference) hope to be at full strength for tonight’s game after losing three of its first four league games. The tip time was shifted from 7 to 7:30 p.m. because of television and will now be broadcast on the SEC Network.

Ramirez missed Sunday’s 74-73 loss to No. 7 Texas A&M because of a concussion. But she returned to practice Tuesday with no contact and was cleared for full practice on Wednesday. The 5-foot-9 guard averages 12.5 points per game and ranks sixth in the country in three-point field goals made (34).

Neighbors acknowledged his team’s confidence took a hit with double-digit losses at Kentucky and Tennessee, but felt like they responded and played well in the loss to the Aggies.

“Some people let all the attaboys and attagirls get to them,” Neighbors said. “It didn’t change the way they played or how they prepared. All it changed is a little bit of lack of self-awareness.

“Just because we have this ranking beside us doesn’t mean winning at Kentucky is any easier. They were picked ahead of you in the preseason. Our group really responded. I think we played our best game Sunday. It just wasn’t good enough to win.”

The Gators (7-5, 0-4) have also had a tough beginning to SEC play like the Razorbacks. Three of Florida’s four losses have come to teams ranked in the top 15 nationally. Not to mention there’s similarities with the personnel on each team.

“They are in a really tough situation like we were where there schedule is really front-end loaded.”

Arkansas split two games with Florida last season with each team winning on its home floor. Neighbors said being at home was the difference. Even though crowds are limited because of the pandemic, being at home could still play in the Razorbacks’ favor, Neighbors said.

“Travel is a lot more impactful this year than it was last year, so road trips are hard,” Neighbors said. “If there’s any advantage at all for (Thursday) night, the only thing is we have to walk across the street and they have to get on a flight and come up here and play.”

The protocols Arkansas has put in place to limit contact tracing with the virus is difficult to deal with to say the least, Neighbors said.

He believes spreading out during time outs, not going into the locker room at halftime and traveling the day of the game all put his team at a disadvantage.

But he also points to the number of games the Razorbacks have been able to play. That’s what’s most important to the players, Neighbors said.

“They’ve learned to deal with it, gained some adversity, gained some trust and take some pride in it,” Neighbors said. “But do I second-guess? Every single day.

“I don’t know the answer and I’m not sure we ever will. You go ‘Well, could we have gotten one more stop at Kentucky to win the game?’ Yeah, maybe I don’t know. But if we’d been traveling and sitting on top of each other during all these time outs we might have not gotten to play the game.”

The Razorbacks also won’t have assistant coach Todd Schaefer on the bench because of covid-19 issues, Neighbors said.

“Coach Schaefer’s family has a positive, so he won’t be at the game (today),” Neighbors said.

Neighbors assumed several of the responsibilities with the defense in Schaefer’s absence, while director of basketball operations Amber Shirey shifted to some coaching duties on the floor this week, he said.