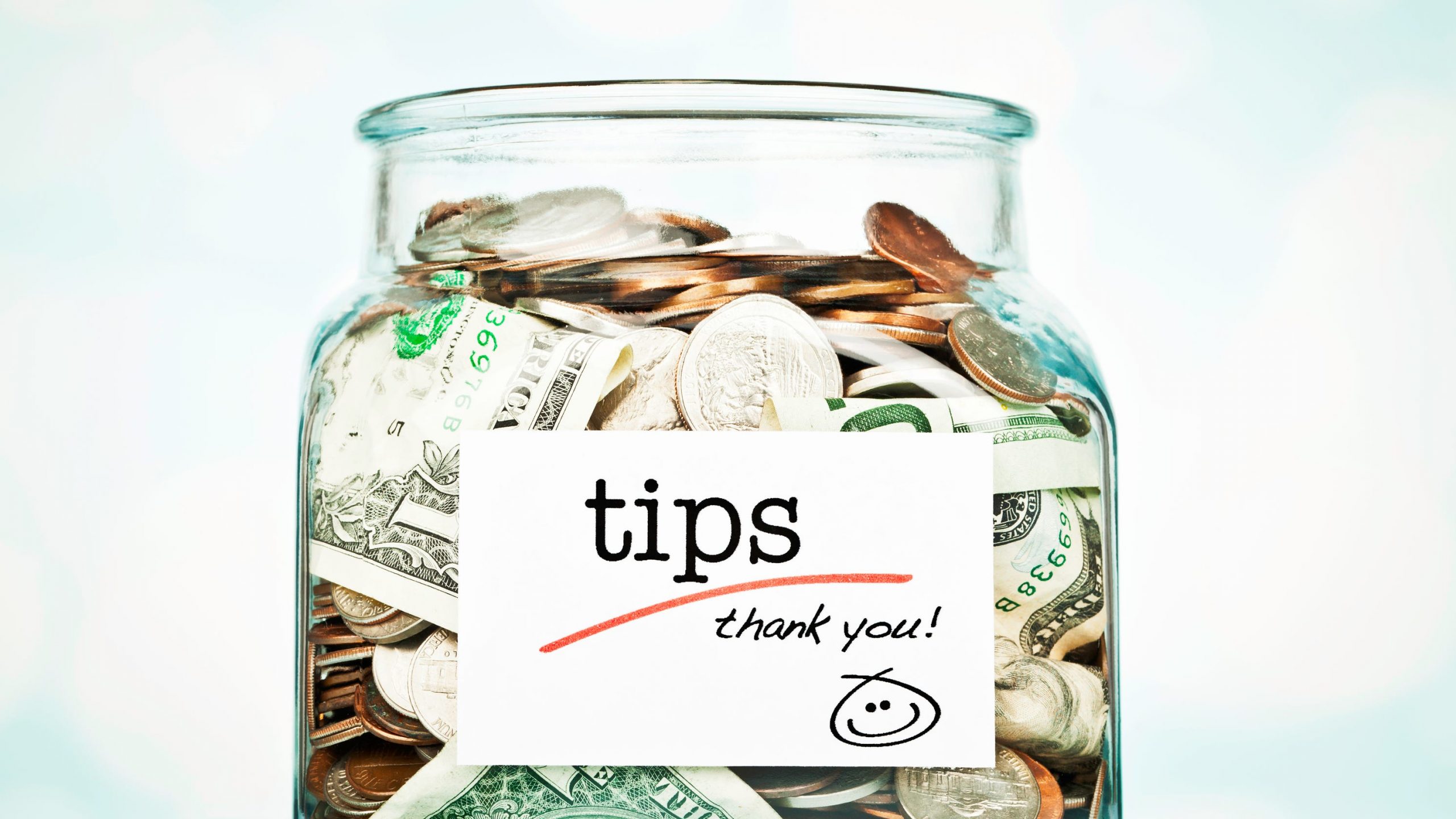 Become a tipping expert by learning exactly who you should tip and by how much.

Tipping has reached a tipping point. Many travelers say they’re tired of shelling out gratuities to everyone they meet – hotel concierges, luggage porters, tour guides and, of course, restaurant servers.

Enough is enough. They do not tip anymore.

The changes are happening slowly. Travelers say the ever-present tip jars and outstretched hands leave them confused and frustrated. Gradually, consumers are easing up on gratuities – and businesses are moving away from compensating staff with tips.

Never-tippers might be thought of as rude, but one thing is clear: They are the future. Tipping may be on the way out.

Why travelers do not tip anymore

“I am beginning to wonder if tipping is right,” says Barbara Howell, a frequent air traveler and registered nurse from Carpinteria, California. She says travelers should tip when they receive outstanding service, not to subsidize the salaries of service employees.

Ed Horenburger, a retired printer from Philadelphia, says he tries to avoid tipping situations altogether. “Sometimes, I go to a convenience store for just coffee or to McDonald’s for lunch just to avoid the issue,” he says.

Frequent travelers such as Nick Brennan agree. “Tipping is illogical, archaic and irrational,” he says.

On a visit to Las Vegas, his sit-down restaurant slipped a laminated card in his menu soliciting a 15% to 20% tip. The notification, left for the benefit of international travelers such as Brennan, infuriated him.

“Why don’t we tip the cashier at Costco while we’re at it? Or the bank teller? Or the American Eagle sales associate?” says Brennan, who runs a technology company in the U.K.

But doesn’t everyone tip? Actually, no. A survey by Dynata, a data and marketing services firm, found only 37% of people reported that they “always” or “frequently” tip at fast-casual restaurants. Almost 60% of Uber riders never tip, and those who tip leave an average of $3, according to a study by the National Bureau of Economic Research.

What created the ‘do not tip’ movement?

Old habits die hard. Carol Sadowski, a retired secretary from Plantation, Florida, says she tips at full-service restaurants, but at cafes and places with counter service, she refuses to tip. She stopped frequenting her local Chinese restaurant when it imposed a $5 delivery fee. Sadowski says she used to tip her driver generously to cover his costs, but the new fee plus the expectation of a gratuity feels like a money-grab to her.

“More and more, I see people looking to be tipped for everything,” she says. “I just don’t get it.  Why don’t restaurants just pay a decent wage and charge accordingly, rather than depending on customers to make up the difference?”

Some are. Last fall, La Strada Italian Kitchen + Bar in suburban Detroit transitioned to a salaried server program. Owner and executive chef Zharko Palushaj says he researched best practices around the world and concluded that the American system didn’t work. Palushaj says he believes the industry is moving toward salaried servers.

Many hair salons no longer permit customers to put their stylist’s tip on their credit card payment, forcing them to bring cash, use an ATM or send their gratuity via a smartphone app. (Photo: IPGGutenbergUKLtd/Getty Images/iStockphoto)

Many travelers are afraid to admit they’ve stopped tipping. Privately, they tell me they stopped handing out dollar bills like Halloween candy because tipping is out of control.

Tip jars are everywhere – even in laundromats. When you don’t fill the jar, employees glare at you. In some tip-heavy businesses such as hair or nail salons, you’re not even allowed to include the worker’s tip in your credit card payment. Instead, you’re required to bring the tip in cash, use an on-site ATM to withdraw it (which the business can profit from by charging you a fee) or use an app such as Venmo or Apple Cash to send it directly to the hairdresser or nail technician.

Even when a credit card slip or tip jar doesn’t overtly demand a gratuity, you might have to deal with signs guilting you into leaving money. My least favorite is a picture of Jesus captioned, “I saw that tip you left.”

The members of the “do not tip” movement say they want to pay their servers and tour guides a fair wage. But for them, this isn’t about workers’ pay. It’s about honesty. If a business advertises a product or service at one price, the customer should be able to pay that price, period. If businesses expect a 20% tip, why not just raise the price by 20%? Don’t try to guilt someone into paying more, they say.

Service employees ought to be paid a living wage and shouldn’t have to rely on generosity or guilt to make ends meet. (Photo: shironosov/Getty Images/iStockphoto)

Reality check: Refusing to tip is sometimes a breach of etiquette. At least that’s according to etiquette experts such as Nick Leighton, who co-hosts the podcast “Were You Raised By Wolves?”

“We have a tipping culture and tradition, and so if you’re a never-tipper visiting a restaurant within our boundaries and refuse to tip, you are, by definition, rude,” he explains.

Is the system fair if it pays service workers poverty wages and expects them to make up the difference with tips?

“We could debate that,” he says.

There’s a gray area for tipping, even among experts. Should you tip your Starbucks barista? How about your hotel housekeeper? When is it optional – and where is it required?

I’m a little confused, too. The system is unfair to both travelers and employees, and it needs to change. Service employees ought to be paid a living wage and not rely on your generosity or guilt to make ends meet. Unfortunately, it may be that the only way to change the situation is if enough people stop tipping.

Places that should ban tip jars

Should customers be expected to tip at a coffee shop or restaurant where they’re served at the counter rather than waited on at a table? (Photo: CatLane/Getty Images)

Coffee shops. Customers have long puzzled over the presence of tip jars at cafes that serve drinks over the counter. What, exactly, are they tipping for? Who knows?

Grocery stores. What are you tipping for at the checkout register? The employees are doing their job, and they get a salary.

“Free” shuttle buses. Drivers are salaried workers. Unless they go above and beyond (say, helping you load your luggage), you shouldn’t be expected to tip.