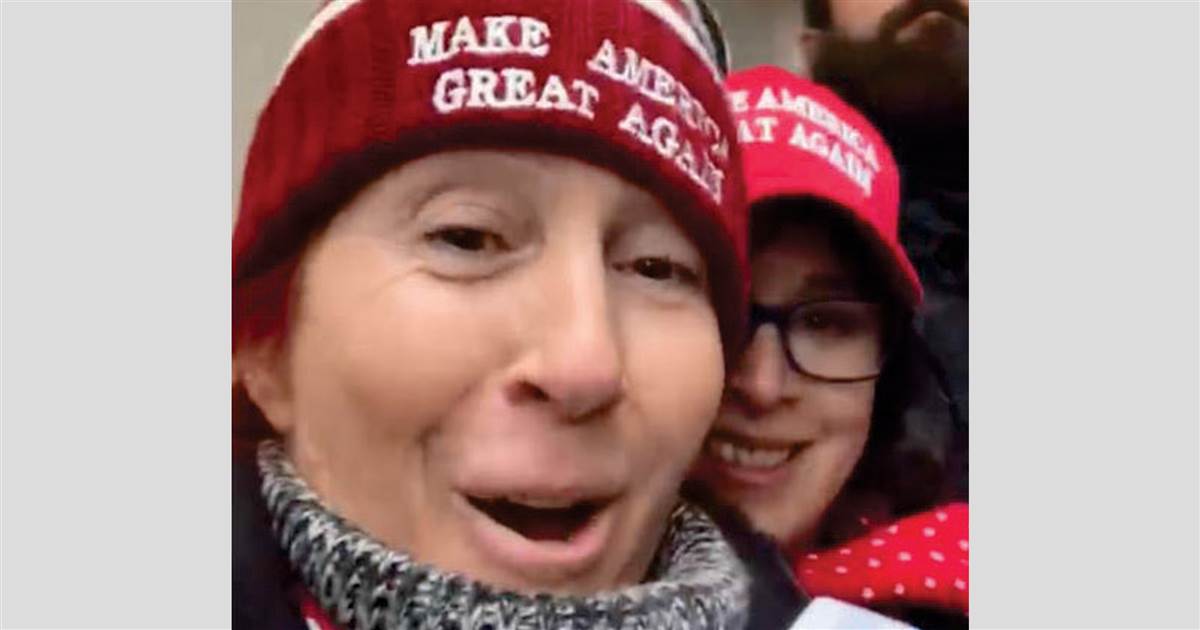 Two women were arrested in connection to the U.S. Capitol riot where one of them posted a video on social media saying they were looking for House Speaker Nancy Pelosi “to shoot her in the friggin’ brain but we didn’t find her,” according to federal prosecutors.

Dawn Bancroft and Diana Santos-Smith were arrested in Pennsylvania Friday after federal authorities received a tip about the “selfie” video, which appeared to be filmed by Bancroft, according to the criminal complaint. The video depicted Bancroft wearing a red “Make America Great Again” ski-cap style hat and Santos-Smith with a “Make America Great Again” baseball hat in the process of attempting to exit the U.S. Capitol building alongside a mob of other supporters of former President Donald Trump on Jan. 6.

“We broke into the Capitol … we got inside, we did our part,” Bancroft said in the video, according to the complaint. “We were looking for Nancy to shoot her in the friggin’ brain but we didn’t find her.”

When interviewed by the FBI around Inauguration Day, Santos-Smith initially told authorities she attended Trump’s rally but did not enter the Capitol building. When agents showed her Bancroft’s “selfie” video, Santos-Smith admitted she lied. Santos-Smith said she entered the Capitol to protest but had not planned it in advanced, according to the criminal complaint.

While both Bancroft and Santos-Smith admitted they entered the Capitol building “for approximately 30 seconds to one minute,” they denied entering to any offices.

Both women are facing charges, including knowingly entering and remaining in restricted buildings without lawful authority, violent entry and disorderly conduct on Capitol grounds.

Bancroft and Santos-Smith are among at least 160 people who have been charged federally with crimes related to the riot that left five people dead. Among them are also QAnnon supporter Jacob Anthony Chansley — also known as Jake Angeli or “Q Shaman” — and Dominic Pezzola, a well-known member of the far-right nationalist group the Proud Boys.

Chansley, who was photographed at the Capitol carrying a 6-foot spear and wearing a horned fur costume during the riot, pleaded not guilty on Friday to charges that include knowingly entering a restricted building without lawful authority and for violent entry and disorderly conduct on Capitol grounds, court documents show. A day earlier his lawyer offered Chansley to testify at former President Donald Trump’s impeachment trial next month.

Pezzola was one of the first to lead the charge both outside and inside the Capitol, effectively overwhelming police defenses after stealing an officer’s riot shield, according to a document filed by prosecutors who are seeking to have Pezzola held until trial.

“The defendant’s actions show planning, determination, and coordination. His stated desire to commit further acts of violence, combined with his access to weapons- and bomb-making manuals, is extremely concerning,” the court document says.

Prosecutors, citing social media posts and surveillance video, said Pezzola and another Proud Boy member helped thousands of people reach Capitol grounds after they moved a piece of the fence that left police unprotected. Pezzola allegedly then pulled out a riot shield and used it to break a building window.

“Moreover, although the defendant turned himself in on the arrest warrant, he did so only after going on the run, changing his appearance, and apparently turning off his cell phone,” the filing said about Pezzola’s actions following the riot.

The FBI has found evidence suggesting some rioters coordinated the assault on the Capitol, which includes Pezzola’s actions, while discussions of potential violence were also taking place online in portals such as TheDonald.win, Parler, and Telegram.

The additional arrests come as authorities are working on heightening security measures for U.S. lawmakers. On Thursday, Capitol Police asked members of Congress to report travel plans in order to increase protections for traveling lawmakers through the region’s major airports and Washington’s Union Station.

Pelosi, D-Calif., said that part of the threat is an “enemy” within the chamber, in reference to colleagues who “want to bring guns on the floor and have threatened violence on other members of Congress.”

Rep. Cori Bush, D-Mo., said Friday she requested to move her Capitol office away from Rep. Marjorie Taylor Greene, R-Ga., claiming she “berated” her in the hallway without a mask.

Nicole Acevedo is a reporter for NBC News Digital. She reports, writes and produces stories for NBC Latino and NBCNews.com.